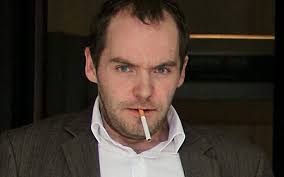 HE former head of counter-fraud at Oxfam has been jailed today for stealing more than £64,000 from the charity while investigating misconduct by aid workers in earthquake-hit Haiti.

Edward McKenzie-Green, 34, was already facing an internal inquiry because of his erratic and unprofessional behaviour when he led a team of six to the disaster zone in 2011.

He continued to steal from Oxfam on his return to the UK before finally resigning with a £29,000 'golden handshake' in November 2011.

Investigators then discovered he had filed 17 bogus invoices from two companies over the previous nine months totalling more than £64,000.

After his arrest McKenzie-Green, of The Leys, Chipping Norton, alleged that he was the victim of a corrupt conspiracy among senior staff at Oxfam.

Jailing McKenzie-Green for two years and five months, Judge Wendy Joseph told him: "The consequences of your conduct are grave indeed. You have taken from those who desperately need it substantial sums of money.

"Worse, you have undermined the public confidence in a charitable institution. You were head of a department set up to counter fraud. This was a profound abuse of the trust invested in you."

Some of the payments from Oxfam went into an accounts belonging to the father of McKenzie-Green, Edward Green, 62, from Cumbernauld in Scotland.

But his father was cleared of concealing criminal property between February 1 and December 1, 2011.

Edward McKenzie-Green was arrested in April 2012 and denied any wrongdoing, claiming the payments were legitimate.

He pleaded guilty in March this year to fraud by abuse of position after police discovered a credit card application for 'Lord Prowse' with 'Sir Eddie McKenzie-Green' as the additional cardholder.

In a statement read out in court, Oxfam's counter-fraud advisor, Phillip Dunn, said that the case had damaged the reputation of the charity.

He said: "Oxfam is trying to become a world leader in counter-fraud investigation and to have the head of counter fraud contribute to that is immeasurably damaging."

McKenzie-Green's barrister Matthew Sherrat told the court: "During the period up to January 2014 the defendant had a very serious addiction to prescription medication.

"At the same time his marriage, which he was attempting to hold together was failing.

"He was involved in quite a high pressure job. He had a very good career and had enjoyed a responsible position.

"He suffered a break-down and was moved to a psychiatric hospital."

Mr Sherrat said McKenzie-Green had been 'paranoid' and was treated in hospital for a month.

'He was putting money aside effectively in the expectation of losing his job,' the barrister added.

The court heard his wife and child have left him as a result of his behaviour.